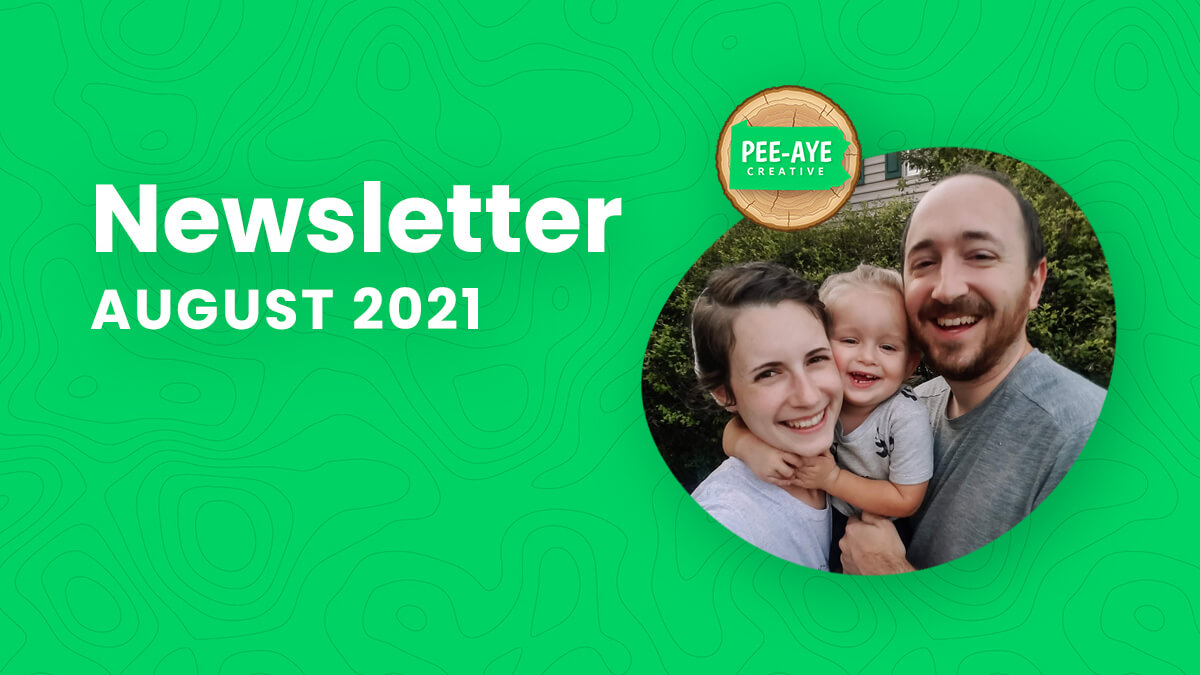 Welcome to the Pee-Aye Creative monthly newsletter recap for the month of August 2021 with some exciting family, Divi, and product news.
Categories: Newsletter

We hope you had a great summer! It was very hot here in Pennsylvania, and we are ready for our upcoming favorite season. We are actively planning our fall foliage adventures. In fact, we have a new website launching soon with all the places we love to explore. It’s going to be a showcase for some future Divi tutorials as well, using ACF and dynamic content in some clever ways.

I can’t believe we have a 2-year-old girl now! Being a father is the most rewarding thing I have ever experienced. She doesn’t understand it yet, but she’s going to be a big sister next spring 🙂

August has been exciting for the Divi community with the huge performance update! Be sure to check out my explanation of the new features and settings if you haven’t seen it yet. An unplanned outcome of this is a new tutorial series, roughly about how to properly update Divi. You can see we already have two and will have about 4 more over the next month or so.

I am expecting the new WooCommerce related Divi update very soon. I’ll have a blog post and video of that when it lands.

As usual, we released a new Divi tutorial every Tuesday for a total of 5 during the month of August. These are always written blog posts and YouTube videos.

This plugin is big and is growing, and has lots of docs. It was confusing trying to organize it all. This month, we have completely revamped the onboarding documentation. It now works like a detailed step-by-step process with summary of each step, which also links to a separate full guide for each step. We believe this new system is going to be extremely helpful to both customers and support. Now if there is a question, we can say, “What step are you working on now?” and it will really help everyone a lot.

Also, we have been working on a new module for the last 4 months! It is taking a lot of work, but I think you are going to absolutely love it! We hope to release this new module later this month if all goes well. A bug fix update (version 2.1.5) will be out in a few days to address a few minor issues caused by the Divi performance update, so be sure to watch for that.

The rather insane version 2.0 released July 27th. We followed up with one bug fix update so far on August 9 (version 2.0.1). If you have not seen the crazy thing we did with this plugin, you should check it out. Nothing like it exists!

Following the same pattern as the new Events Calendar docs, we also updated the onboarding documentation for the Divi Social Sharing Buttons module with a new step-by-step system with summaries that then link to more detailed guides about each step. This feels like a big improvement for new customers. By next month, hopefully our products will have this completed as well.

Welcome to the Pee-Aye Creative monthly newsletter recap for the month of August 2022 with family, Divi, and product news. 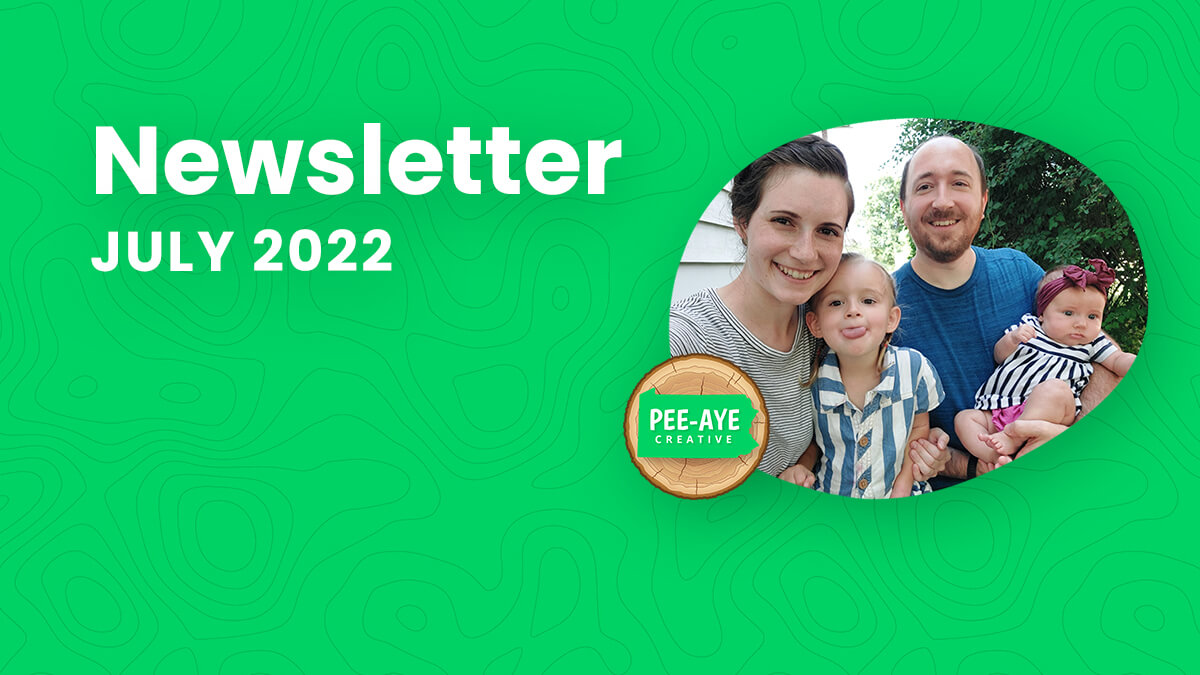 Welcome to the Pee-Aye Creative monthly newsletter recap for the month of July 2022 with family, Divi, and product news. 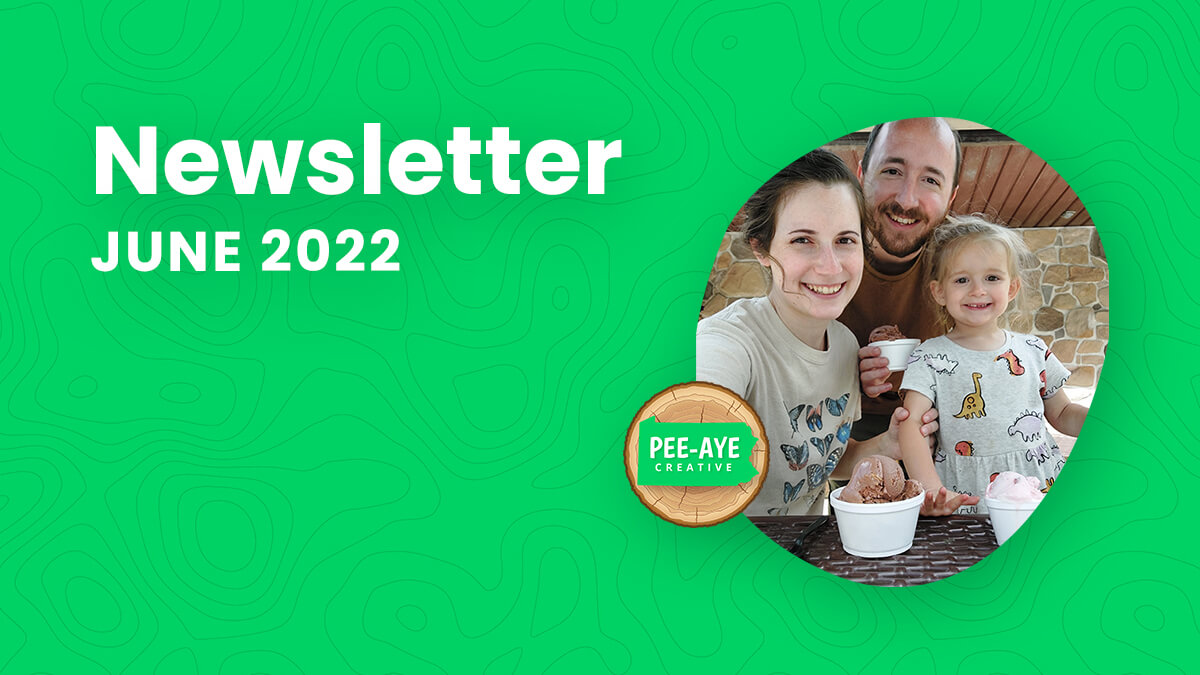 Welcome to the Pee-Aye Creative monthly newsletter recap for the month of June 2022 with family, Divi, and product news.