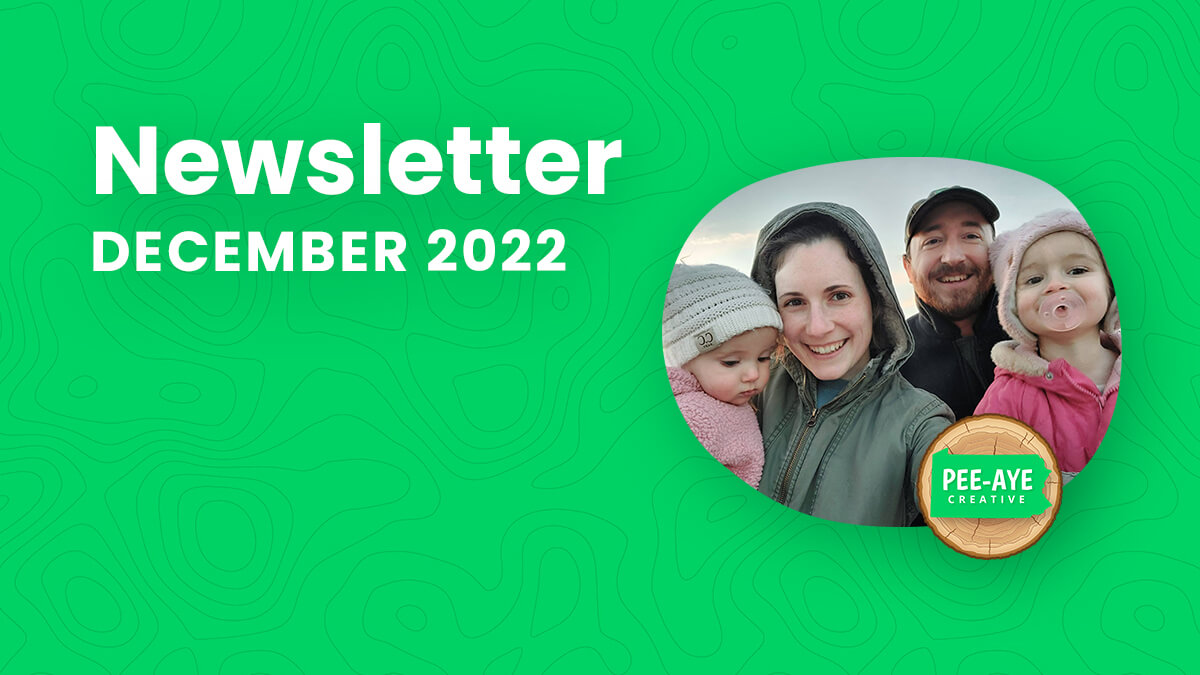 Welcome to the Pee-Aye Creative monthly newsletter recap for the month of December 2022 with family, Divi, and product news.
Categories: Newsletter

December is always a special time, as we select Christmas with our extended and immediate families. We also tried to take a much-needed rest from work, doing as little as possible for the first time in a long time, enjoying a few game nights and relaxing with friends and family. It surely got cold for a few weeks here, with snow in some parts. We are now looking to the new year with many dreams and ideas of what is to come.

It was quiet at Elegant Themes, probably recovering from the rather complex sale structures they set up, as well as enjoying the end of year break. They did release two small updates, and one important item – Fixed a bug that was causing Theme Builder Templates to be deleted unintentionally. Let’s see if it solves this problem that so many were having!

We released a new Divi tutorial every Tuesday as usual for a total of 4 during the month of December. These are always written blog posts and YouTube videos.

We released a few updates to our products in December, and have more coming! But since the year is over, let’s look back at the last 12 months.

A Look At the Past Year

Just this year, we released (19) major plugin updates and released (6) new plugins! That’s not counting all the other updates, this 19 is just major updates that usually have 4-20 features in each! We hope this shows our dedication to constantly improving our current plugins while also making new ones.

In total we now have (28) products included in our Divi Adventure club membership! We now have (12) plugins, (12) child themes, and (4) courses.

We hope to soon release (2) major new Divi plugins we are working on now. One of those is intended to be our flagship plugin, which will probably have a free and pro version, which will be continually expanded in the future. The other is another “helper” plugin. We hope to release a course on CSS, mostly focussed on beginners, to help understand how it works and how to use it when working in Divi specifically. We have continuous weekly blog post and video tutorials planned as usual. We would also love to make helpful freebies to give away on the blog. Last month we gave away free demo layouts for the Divi Taxonomy Helper, and we will continue that initiative with free layouts and stylized demos for more of our plugins, like the Divi Tabs maker, Divi Carousel Maker, and Divi Events Calendar.

It must also be said that the future of Divi is extremely exciting, but also that future will bring major changes. In some ways, we will be waiting to do certain types of updates and new plugins until we get the beta version of Divi 5.0 to test. We just don’t want to build something and then need to rebuild it a few months later, so we are taking some caution in 2023 with Divi but will still be doing a lot of new exciting things. After 5.0 beta is in our hands, we can get started on converting our plugins over to the new structure.

2023 will also bring a new venture for us into the broader WordPress space, with at least two huge SaaS apps/WordPress plugins. This will be quite a big step, but one we take confidently knowing users will love the beautiful solutions and tools we have created. We will surely need your help to get the word out, and keep in mind these products will work perfectly with Divi and be valuable for Div users. We have totally separate teams working on Divi and WordPress products, so don’t worry about the expansion affecting our devotion to Divi.

We look forward to continuing the adventure with you into 2023! 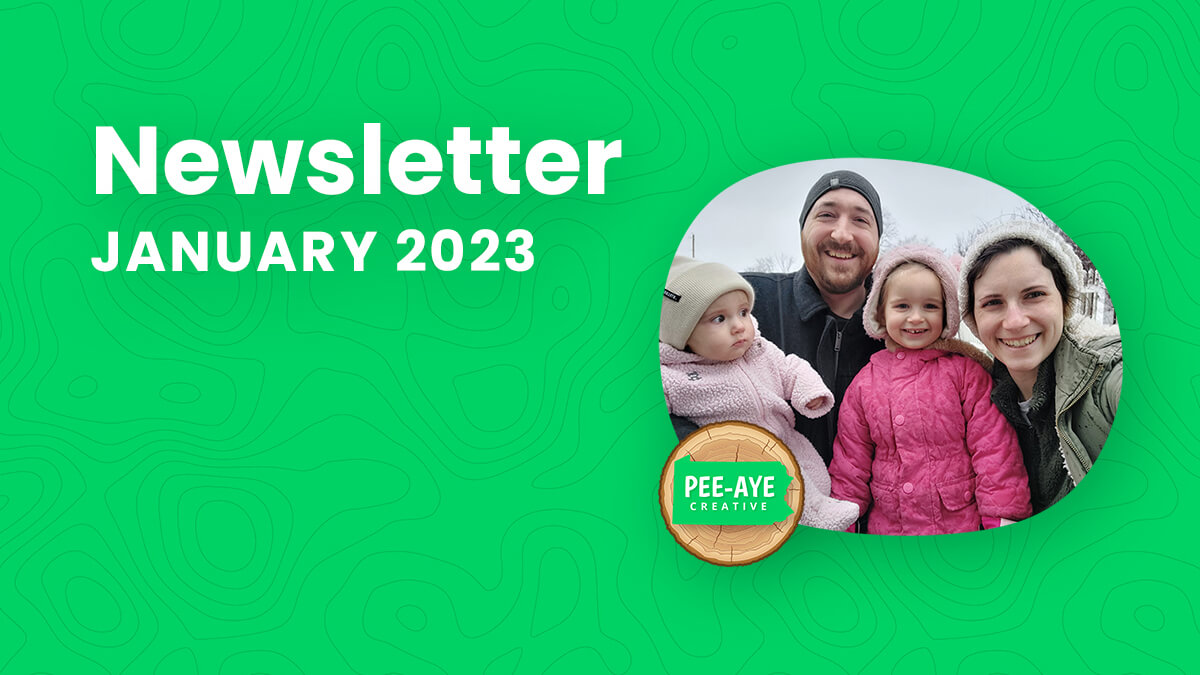 Welcome to the Pee-Aye Creative monthly newsletter recap for the month of January 2023 with family, Divi, and product news. 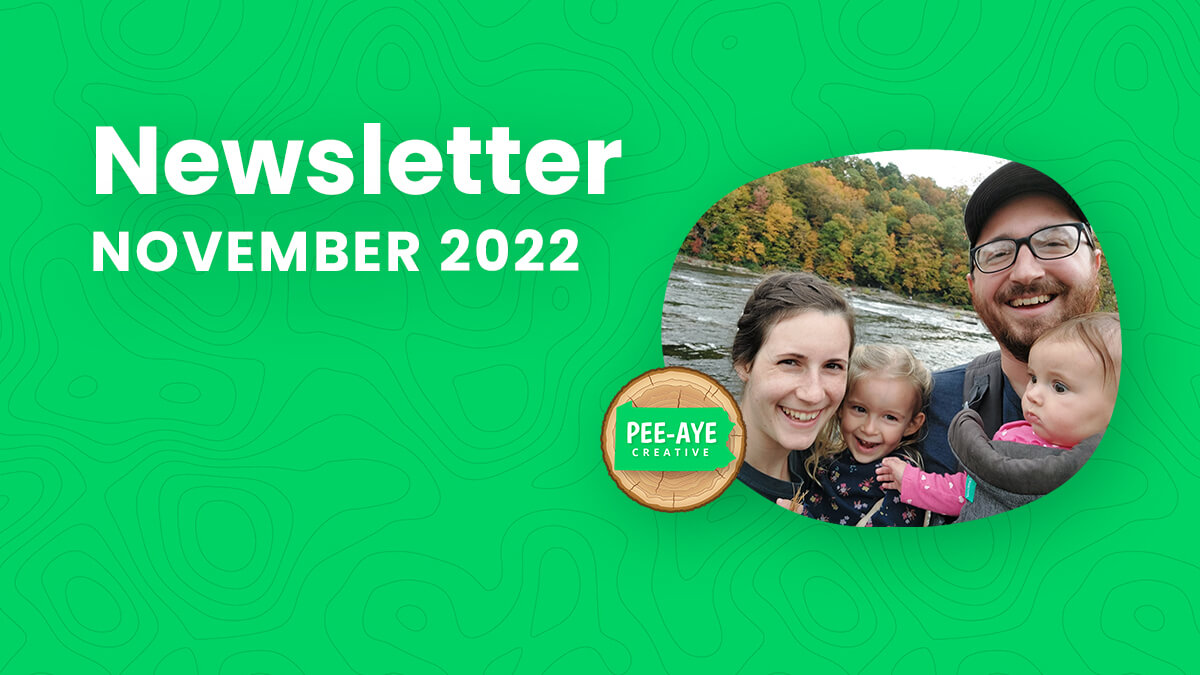 Welcome to the Pee-Aye Creative monthly newsletter recap for the month of November 2022 with family, Divi, and product news. 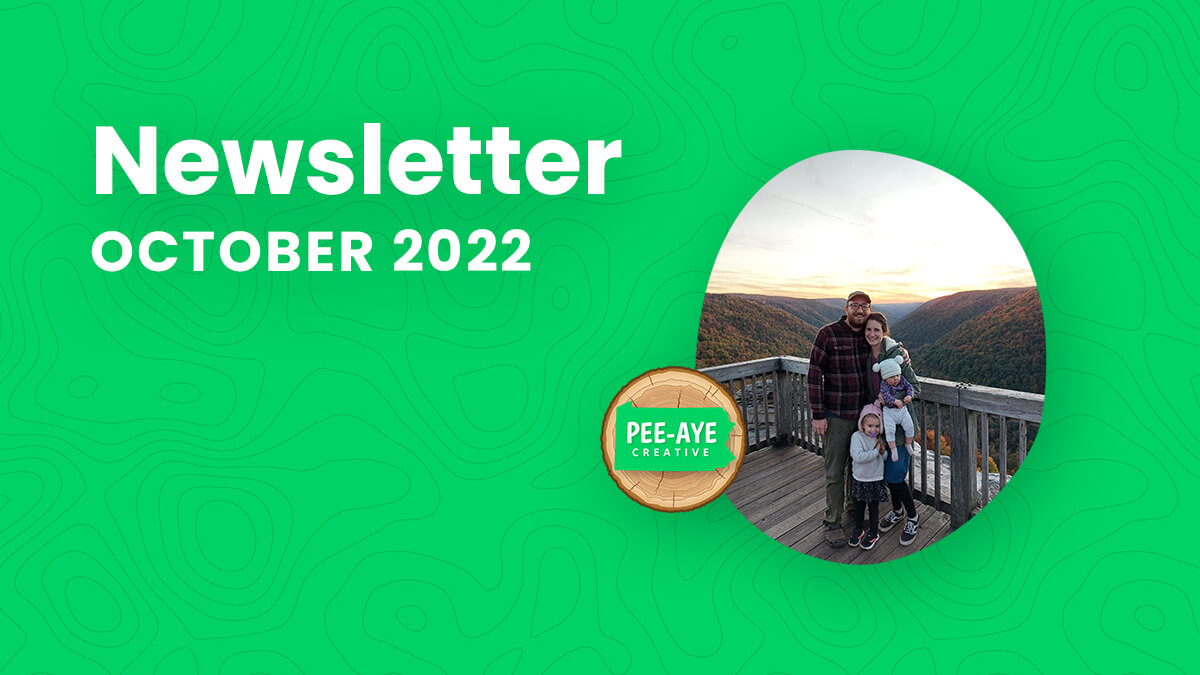 Welcome to the Pee-Aye Creative monthly newsletter recap for the month of October 2022 with family, Divi, and product news.